Revelation 8:1-2  1. "And when He (Jesus) opened the 7th Seal, there was silence in heaven for about half an hour.

2. And I saw the seven angels that stand before the God; and Seven Trumpets were given them."

7 Trumpets are given - after the 7th Seal has been opened

Daniel 12:4. But you O Daniel, shut up the words, and seal the Book, even to the time of the end, many will run to and fro, and knowledge shall be increased.

(feel free to go back to the top of this page to refresh yourselves with Daniel 12:1-12)

​Revelation 5:1 "And I saw on the right hand of Him that sat on the throne a Book written within and on the back having been sealed with 7 seals.

Revelation 5:9 "And they sing a new song, saying;  "You, (Jesus the Lamb of God vs.8), are worthy to take the book and to open it's seals, for You were slain, and in Your blood You purchased for God, out of every tribe, and tongue and people and nation.

before the 7 Trumpets of God are Trumped ​

The Abomination that makes Desolate

​Matthew 24:32-51 32. "Now learn the parable from the fig tree; when her branch is now become tender and puts forth leaves, you know that summer is near.

33. Thus you also, when you see all these things, know that he is near, at the door.

34. Amen I say to you, this generation will not pass away, until all these things come to pass.

35. Heaven and earth will pass away, but My words will not pass away.

36. But of that day and hour no one knows, not even the angels of heaven, neither The Son, but the Father only.

37. For the coming of the Son of man, will be just like the days of Noah.

38. For as in those days, before the flood, they were eating and drinking, marrying and giving in marriage, until the day that Noah entered into the ark.

​39. And they did not know until the flood came and took them all away; so will be the coming of the Son of man.

40. Then two will be in the field, one is taken along, and one is left;

41. Two women will be grinding at the mill; one is taken along and one is left;

42. Watch therefore: for you do not know what day your Lord is coming.

43. But know this, that if the head of the house had know what watch the thief was coming, he would have watched, and would not have suffered his house to be broken into.

44. For this reason, you also be ready, for in an hour you think not, the Son of man will come.

45. Who then is the faithful and wise bondservant, whom the Lord has set over His household to give them their food in the proper season.

46. Happy is that bondservant whom his Lord will find so doing when He comes.

47. Amen I say unto you, that He will set him over all that He has.

​48. But if that evil bondservant will say in his heart, My Lord delays His coming.

49. And begins to beat his fellow bondservants, and eat and drink with the drunken.

50. The Lord of that bondservant will come in a day when he does not expect Him, and in an hour, he knows not.

​51. And will severely scourge him and appoint him a place with the hypocrites; there shall be weeping and gnashing of teeth.

​Protection and Deliverance for God's People,

During the Great Tribulation!!!

​Daniel 12:1  "And at that time shall Michael stand up, the great prince who has charge of Your people and there shall be A Time of Trouble such as has never was since there was a nation till that time.  But at that time Your people will be delivered, everyone whose name that shall be found written in "The Book".

Matthew 24:15. "... When you see the abomination of desolation, spoken of through Daniel the prophet, standing in the Holy Place,

let him that reads understand."

When we are BORN AGAIN - The Greek says "BORN UP"

OUR BIRTH REGISTRY IS IN ZION, THE CITY OF GOD

1. "His foundation is in His Holy Mountain

2.  Yahweh loves the gates of Zion more than all dwelling places of Jacob.

4. I will make mention of Rahab and Babylon to those who know Me:  behold Philistia, and Tyre, with Ethiopia;  this one was born there.

5. And of Zion it shall be said, This one and that one were born in Her: and the Most High Himself will establish Her.

7. As well as singers and the players on instruments will be there, all My springs are in You!

22. "But you have come to Mount Zion, and to the City of the Living God, the Heavenly Jerusalem, and to innumerable angels in festal gathering.

23. And to the assembly of the firstborn who are enrolled in heaven, and to God, the judge of all, and to the spirits of the righteous made perfect,

​So, When are the Trumpets given?

1 Corinthians 15:51-52​ "Behold I tell you a Mystery:  We will not all sleep, but we will all be changed, in a moment, in the twinkling of an eye, At the Last Trump, for a trumpet will sound, and the dead will be raised incorruptible and we will be changed."

​1 Thessalonians 4:13-18 13. "We do not want you to be ignorant brethren concerning those who are asleep; that you do not sorrow, even as the rest, who have no hope.

14. For if we believe that Jesus died and rose again, even so those who have fallen asleep, even so will God through Jesus bring with Him

15. For this we say to you by the word of the Lord, that we who are alive, that are left unto the presence of the Lord, will in no way precede those who are fallen asleep.

16. For the Lord Himself will descend from heaven, with a cry of command, with the voice of an archangel, and with God's Trump:  and the dead in Christ shall rise first;

17. Then we who are alive and are left, will together with them be caught up in the clouds to meet the Lord in the air:  and so shall we ever be with the Lord.

18. Therefore comfort one another with these words (Gr. Logois)."

​​​​Daniel 12:1-12 1. "And at that time shall Michael stand up, the great prince who has charge of Your people and there shall be A Time of Trouble such as has never was since there was a nation till that time.  But at that time Your people will be delivered, every one whose name that shall be found written in the Book.

2. And many of them shall sleep in the dust of the earth shall awake, some to everlasting life, and some to shame and everlasting contempt."

3. And they that are wise shall shine like the brightness of the expanse of heaven; and those who turn many to righteousness like the stars for ever and ever.

4. But you O Daniel, shut up the words, and seal the Book, even to the time of the end, many will run to and fro, and knowledge shall be increased.

6. And one said to the man clothed in linen, which was upon the waters of the river, how long shall it be to the end of these wonders?

7. And I heard the man clothed in linen, which was upon the waters of the river, when he held up his right and his left hand unto heaven , and swore by Him that lives for ever, that it shall be for a time, times, and a half, and when he shall have accomplished to scatter the power of the holy people, all these things shall be finished.

8. And I heard, but did not understand; then I said O Lord, what will be the end of these things?

9. And he said, Go your way Daniel, for the words are closed up and sealed till the time of the end.

11. And from the time that the daily sacrifice will be taken away, and the abomination of desolation that makes desolate set up, there will be a thousand two hundred and ninety days.

12. Happy is he who waits and comes to the one thousand three hundred and thirty five days.

But go your way until the end, for you will rest, and stand in your lot at the end of days." 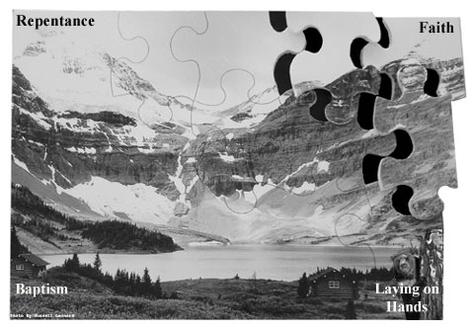 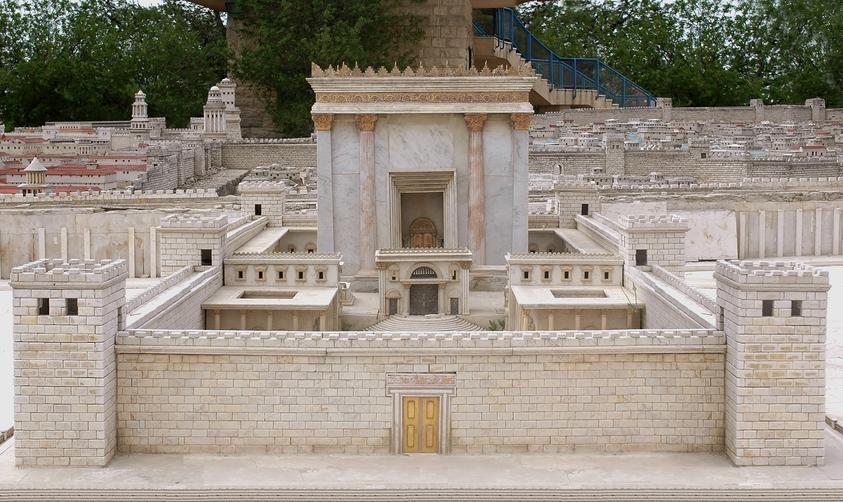 Order of Sequence of Events surrounding

Desolation is set up, (the false Christ), stands in the Holy Place.
5. *A Time of Trouble - The Great Tribulation such as has never was

since there was a nation till that time.  (Daniel 12:1)
6. The End of the Great Tribulation, Immediately after the Tribulation of

​Book in Greek is Biblio, thus the Book of Life is

"THE LAMB'S BIBLE OF LIFE"

Revelation 21:27 "And nothing unclean will never enter into it (eternal life with the LORD), anything unclean, and who does an abomination and a lie:  But only the ones written in the Lamb's Book of Life." 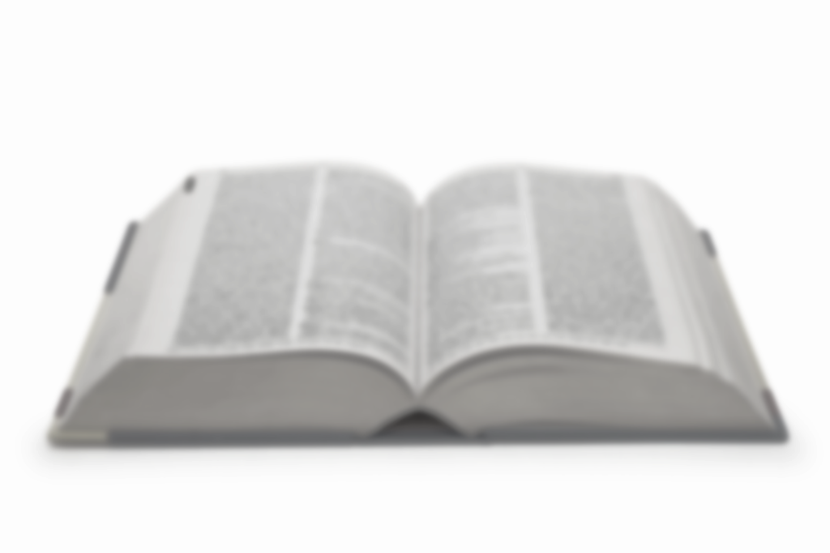 After the Great Tribulation

(For review on the 7th Trump, Return to Home Page on this site) 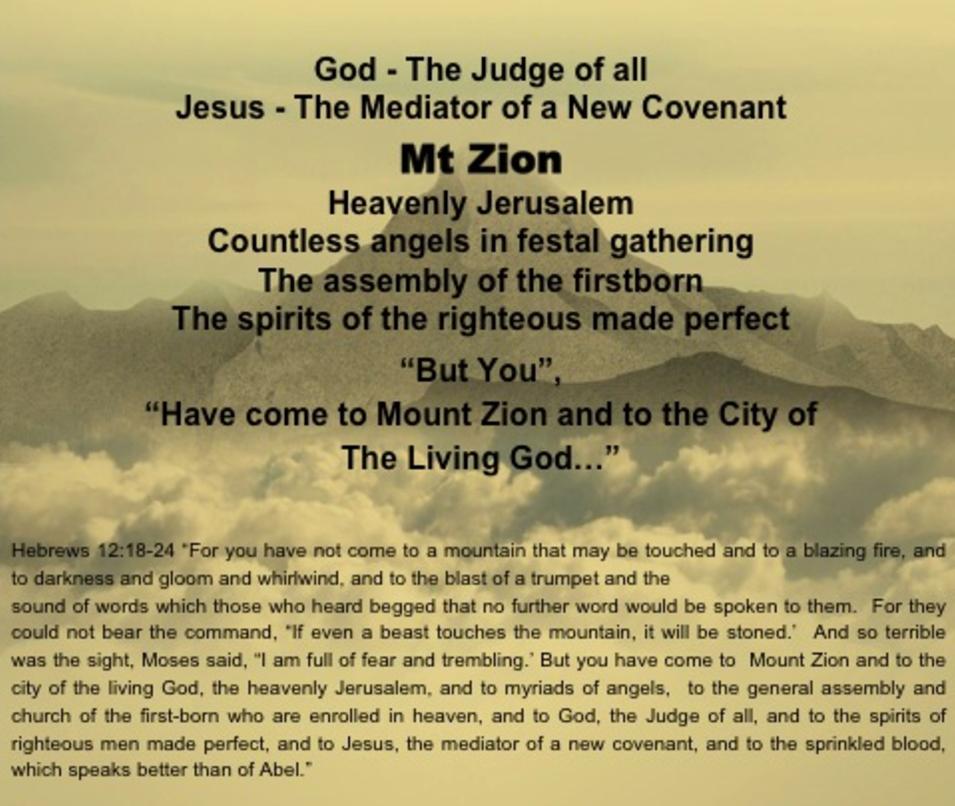 The Lamb's Book of Life

The Greatest Tribulation Ever!!!

Matthew 24:21 "For then will be Great Tribulation, such as has not been from the beginning of the world until now, nor will it by any means happen again"  This matches Daniel 12:1, a perfect "Mate" Scripture 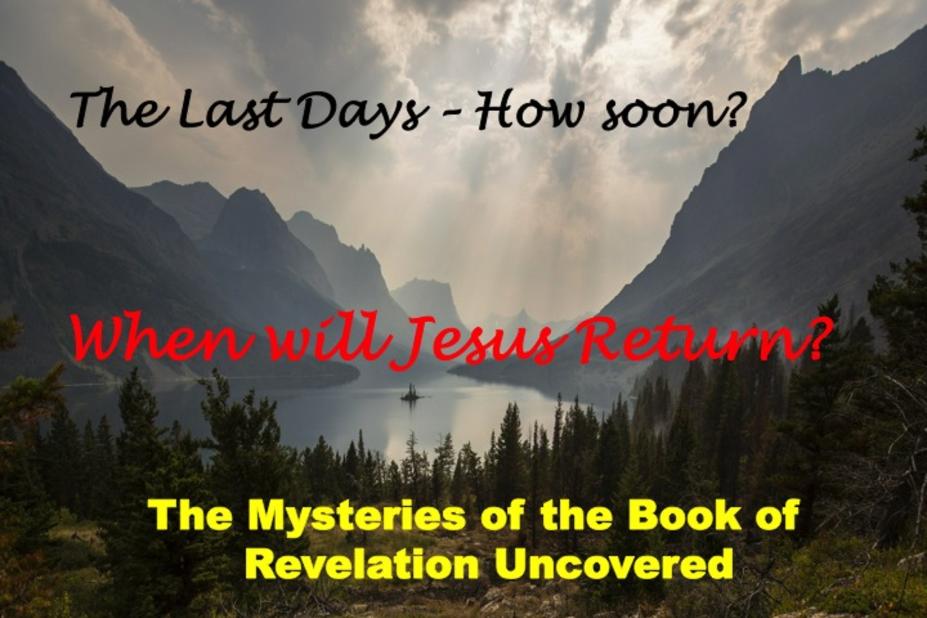