In  The Holy Place is where the Beast, aka the Abomination that makes Desolate, will stand,

Proclaiming himself to be

If the Abomination that Makes Desolate, standing in the Holy Place is the Beginning of the Great Tribulation,

The Temple must 1st be rebuilt in Jerusalem

This Tabernacle shown on this page, is called the Tent of Meeting that was in the center of the camp of Israel as they lived and moved in the wilderness, coming out of Egypt going to the Land of Milk and Honey, The Promise Land!

ORDER OF SEQUENCE OF EVENTS SURROUNDING

4. The Beginning of the Great Tribulation, when the Abomination of

5. ​Then there will be Great Tribulation, ​such as never before Matthew 24:21

6. The End of the Great Tribulation, Immediately after the tribulation Matt. 24:21

​​​​Order of Sequence of Events Surrounding

Notice, there are some steps missing, keep going, we'll fill them in, God willing

6. Then immediately after the Great Tribulation.  Matthew 24:29

THE GREAT TRIBULATION HAS A BEGINNING!

(You will be able to see it ONLY if you have the right kind of eyes!)

Matthew 24:15-28  15. "Therefore, When you see the abomination of desolation, which was spoken of through Daniel the prophet,  standing in the Holy Place,  let him that reads understand.

16. Then let them in Judea flee unto the mountains:

17. Let the one on the housetop not go down to take out the things in his house.

18. And let the one in the field not return back to take his cloak.

19. But woe to those who are with child and to those nursing their babes those days!

20. But pray that your flight be not in the winter, nor on the sabbath.

21. For then there shall be "Great Tribulation", such as has not been from the worlds beginning until now, no, nor ever shall be!"

THE GREAT TRIBULATION HAS AN END!

Matthew 24:29-31 29. "But Immediately after the tribulation of those days, the sun will be darkened, and the moon shall not give her light, and the stars shall fall from the heaven, and the powers of the heavens shall be shaken.

31. And He shall send forth His angels with A GREAT TRUMPET​, and they shall gather together His elect from the four winds, from one end of the heavens to the other." 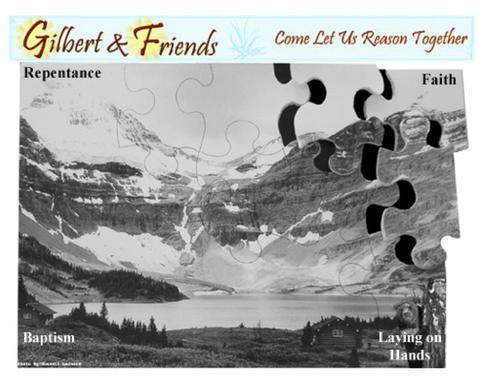 ​Daniel 11:29-35  29. "At the appointed time, he will return and come toward the South, but this last time it will not turn out the way it did before.

31 Forces for him will arise, they will pollute the sanctuary fortress and take away with the daily sacrifice and they will place the Abomination that makes Desolate.

32. And he will corrupt those who do wickedly against the covenant by flatteries.  But the people who know their God will be strong and do exploits.

33. And those who have insight among the people, will give understanding to many; yet they shall fall by the sword, and by flame, by captivity, and by spoil, many days.

34. Now when they fall, they will be helped with at little help; but many will cleave to them with flatteries.

35. And some of them who have insight will fall, to try them, and to purge, and to make them white, even to the time of the end:  because it is yet for a time appointed"

*​Daniel 10:1-14 1. "In the third year of Cyrus king of Persia a thing was revealed to Daniel, whose name was named Belteshazzar; and faithful was the matter, but concerned a Great Warfare and he marked the word and had *understanding in the vision.

2. In those days, I Daniel was mourning three full weeks.

​3. I ate no pleasant bread, neither came flesh nor wine in my mouth, neither did I anoint myself at all, till the three whole weeks were fulfilled.

4. And in the twenty fourth day of the first month, as I  was by the side of the great river, which is Hiddekel.

5. Then I lifted up my eyes, and looked, and behold a certain Man clothed in linen, whose loins were girded with fine gold of Uphaz.

6. His body was also like beryl, and His face the appearance of Lightning, and His eyes as lamps of fire, and His arms and His feet like the gleam of polished bronze, and the voice of His words like the voice of a multitude.

7. And I Daniel alone saw the vision: for the men that were with me did not see the vision; but a great quaking fell on upon them, so that they fled to hide themselves.

8. Therefore I was left alone, and saw this great vision, and there remained no strength in me:  for my comeliness was turned in me into corruption, and I retained no strength.

10. And behold a hand touched me, which set me upon my knees and upon the palms of my hands.

11. And He said unto me, O Daniel, a man greatly beloved *understand the words that I speak unto you, and stand upright; for I have now been sent unto you.  And when He had spoken this word unto me, I stood trembling.

12. Then He said to me, "do not fear Daniel: for from the first day that you did set your heart to *understand, and to chasten yourself before God, your words were heard, and I am come in response to your words."

13. But the prince of the kingdom of Persia withstood Me for twenty-one days; but behold, Michael, one of the chief princes, came to help me; and I remained there with the kings of Persia.

14. Now I am come to make you *understand what will appen to your people In the Latter Days:  for yet the vision is for those days ​(the latter days)."

"Yahweh, by wisdom founded the earth,

By Understanding He established the heavens."​

Referring back to Page 2018-1, we can see that Understanding gives us an eternal vision of the Heavenlies, thus a much bigger picture, while Wisdom fills in the details, here on earth.

(​In Bold Print Above)

1.  This will be a time of "GREAT WARFARE",  Both spiritual & physical Warfare

2.  This Vision comes from Jesus through Daniel

3.  The Vision is for us to have better understanding of the "LATTER DAYS"

"But none of the Wicked will Understand" Daniel 12:10​

The Tabernacle shown on 2018 - 1 is the Permanent Temple Solomon built in Jerusalem.  Solomon's Temple will likely be rebuilt where the Beast will stand pretending to be the CHRIST.  This Tent of Meeting shown has cut away to show the same 3 rooms as Solomon's Temple.  The Tent was designed by God for Him to dwell with Israel as they traveled 40 years through the Wilderness to the Promise land. 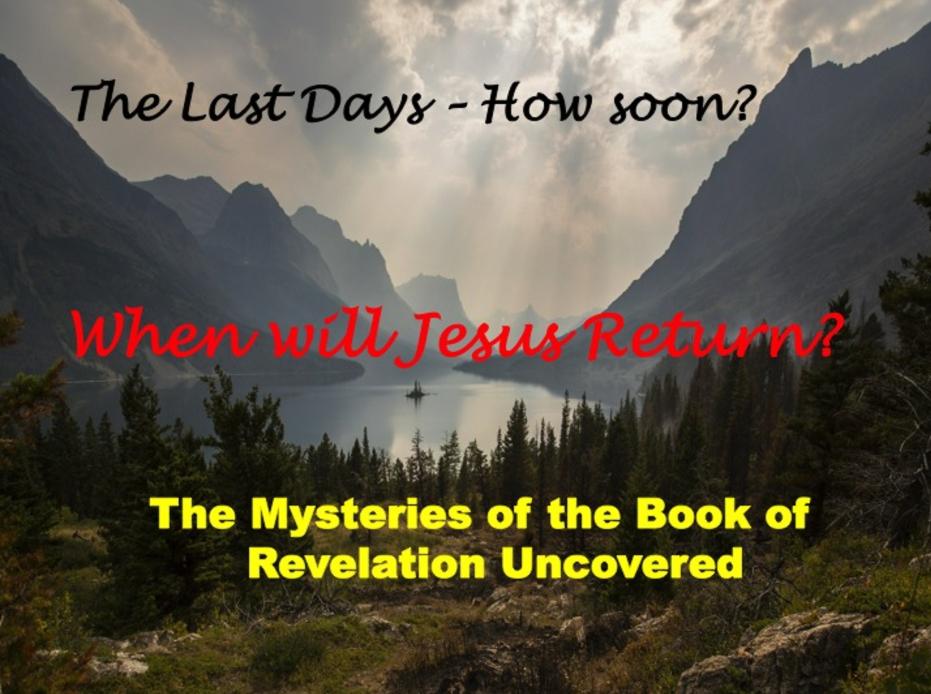 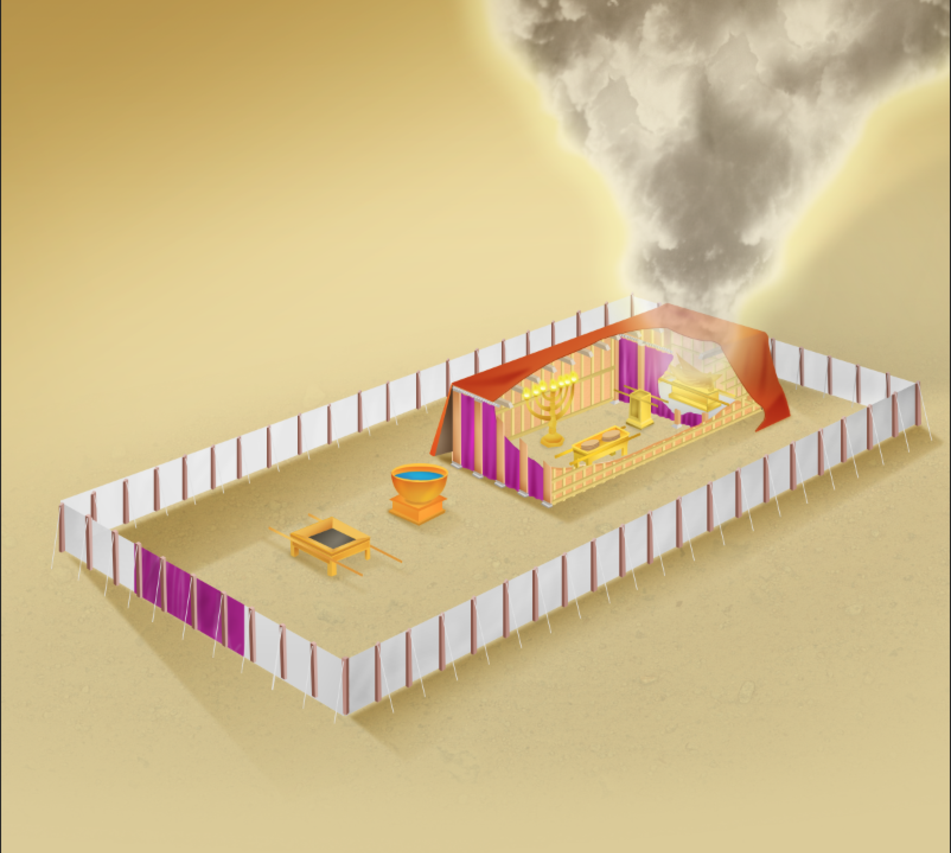 ​Matthew 24:15  15."Therefore, When you see the abomination of desolation, which was spoken of through Daniel the prophet, standing in the Holy Place, let him that reads understand.

So, Let's read about:

the Abomination that causes Desolation,

in the Book of Daniel

Daniel 11:14-21​  14. "And In Those times, many shall rise up against the king of the south: also robbers, or oppressors of your people shall exalt themselves to establish the vision, but they will be overthrown.

15. So the king of the north will come, and cast up a rampart and capture a well fortified city, and the forces of the south will not stand their ground, nor the people of His chosen ones, for there will be no strength to make a stand.

16. But he who comes against him will do according to his own pleasure, and none will stand before him, therefore he will take his stand in the beautiful land, and it will languish and be exhausted in his hand.

​17. He will set his face to come with the power of his whole kingdom bringing with him a proposal for peace which he will put into effect, he will also give him the daughter of women to ruin it.  But she will not take a stand for him or be on his side.

18. Then he will turn his face to the isles and capture many.  But a prince will put a stop to his reproach; moreover, he will cause his reproach to turn on him.

19. Then he will turn his face toward the fortress of his own land, but he will stumble and fall and not be found.

20. Then in his place one will stand up, a raiser of taxes through the Jewell of his kingdom; but within a few days he will be shattered though neither in anger nor in battle

21. In his place A Vile or Despicable Person will arise, to whom the honor of kingship will not be given, but he will come in peaceably and seize the kingdom by flatteries or intrigue, (ambiguous speech)."

Satan has 2 tools ACCUSATION, and DECEPTION.  This is found in Revelation 12:8-10  8." And there was WAR in heaven:  Michael and his angels warring with the dragon (satan) and the dragon warred with his angels, and he did not prevail, neither was there a place found for him in heaven any longer.

9. And the great dragon (satan) was cast down, the ancient serpent, the one called the devil and satan, who DECEIVED the whole inhabited earth; he was cast down to the earth and his angels were cast down with him.

10. And I heard a great voice in heaven saying, Now the salvation, and the power, and the kingdom of our God, and the authority of His Christ have come for the accuser of our brothers is cast down, who ACCUSES them before our God day and night."