Did you notice that we will not know the day, nor the hour when Jesus returns.

Only God the Father knows this, and did you also notice that the end time events are mentioned in either terms of years or months, except in Daniel 12, where it mentions 1,290 days from the time the daily sacrifice is taken away and the Abomination of Desolation is set up then stated that the person will be extremely elated to live through the next 45 days to the 1,335th day.  Thus warning God's kids as to how long this greatest of all tribulations will begin.  We are told the exact day to watch for regarding  "the anti - Christ"  taking power.

But anything beyond that time is in either years or months.  Again insuring that fact that we will not know the day, nor hour of the 1st Resurrection.

Matthew 24:15-21  15. "When therefore you see the abomination of desolation, which was spoken of through Daniel the prophet, standing in the Holy Place, (The Temple), let him that reads understand.
16. Then let them in Judea flee unto the mountains
17. Let the one on the housetop not go down to take out the things in his house.
18. And let the one in the field not return back to take his cloak.
19. But woe to those who are pregnant with child and to those nursing their babes those days!
20. But pray that your flight be not in the winter, nor on the sabbath.
21. For then there shall be "Great Tribulation", such as has not been from the worlds beginning until now, no, nor ever shall be."​​

Chronology:  from when Satan is cast out of heaven, leading up until when he tries to deceive the whole earth by installing his false Christ in the Temple

8. and he did not prevail, neither was there place found for them any more in heaven.

9. And the great dragon, was cast down, the ancient serpent, the one called the devil and satan, who deceived the whole inhabited earth; he was cast down to the earth and his angels were cast down with him."    ​​

The Temple Must 1st be built

So, what are the steps that have lead up to where we are today and Jesus' Return?

(*We're not predicting the date being 2018, but an "IF".    We are never to say, "The Lord delays His coming", thus we just put in Today, the most important day to Follow the Lord!)

3. 1980 - The Shekel of the Temple now part of Israel's monetary system

4. 2018 - The United States recognizes Jerusalem as the Capitol of Israel

Again, more proof that: Jesus comes after the Great Tribulation!

The Kingdom of God

*Read your Bible, the answers are in there 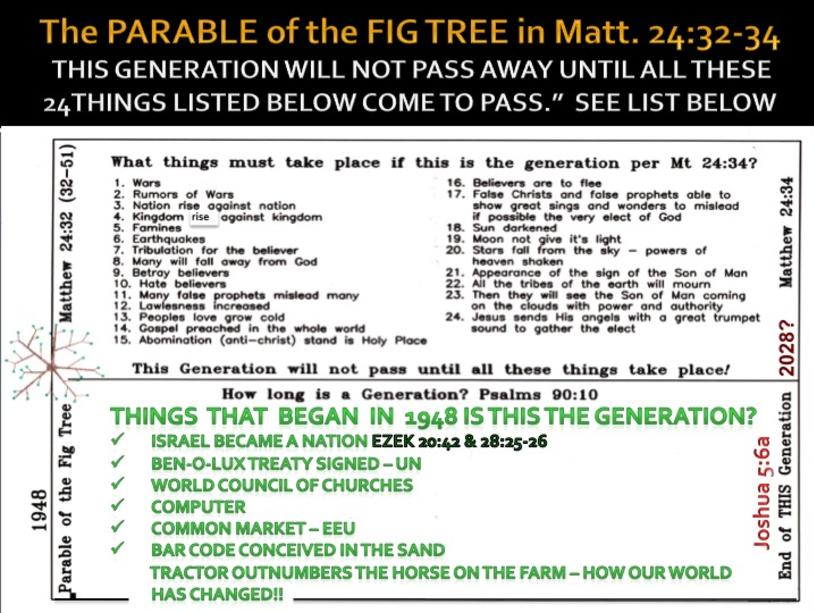 ​The final Battle of Har Mageddon aka Armageddon​ 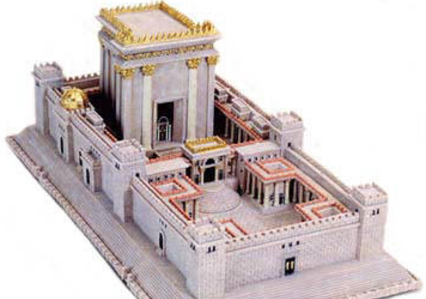 Look below at the sequence of events regarding the Sun, Moon, Stars, that happen Immediately afterthe Great Tribulation!

​​​Please feel free to listen to this AUDIO, and as you do, scroll through all the notes and sketches below, as there will be additional information, not always covered on each radio show.​

Jesus will not come until the Last Trumpet Sounds.

​The Trumpets are not given until the 7th Seal is opened, so where are we Today?

Which seals have been opened, so far, Today?

Think about it - The tribulation is over - done - kaput just before the 6th Seal is opened and the Trumpets have not yet sounded, and Jesus comes at

Revelation 6:12-17 "12. And I saw when he opened the 6th Seal, and there was a great earthquake; and the sun became black as sackcloth of hair, and the whole moon became as blood

13. And the stars of the heaven fell to the earth, as a fig tree shaken by a great wind casts off her unripe figs.

14. And heaven was removed as a scroll when rolled up and every mountain and island were moved out of their places.

15. And the kings of the earth, and the mangnates and the chief captains, and the rich and the strong, and everyone bond and free hid themselves in the caves and into the rocks of the mountains.

16. And they say to the mountains and to the rocks, fall on us, and hide us from the face of the one siting on the throne, and from the wrath of the Lamb

17. Because great day of their wrath is come; and who can stand,"

​Matthew 24:29-31 "29. But Immediately after the Tribulation of those days, the Sun will be darkened, and the Moon will not give her light, and the stars will fall from heaven, and the powers of the heavens will be shaken.

30. And then shall appear the sign of the Son of Man in heaven: and then shall all the tribes of the earth mourn, and shall see the Son of Man coming on the clouds of heaven with power and great glory.  And He will send forth His angels with a Great Trumpet, (The Last Trumpet), and they shall gather together His elect from the four winds from one end of heaven to the other."

​Revelation 1:20 "As for the mystery of the 7 stars which you saw in My right hand...the 7 stars are the angels of the 7 churches."

2) the anti - or in the room of the true Christ

3) the false prophet - spirit of the anti Christ

a) Lies and Deception*

5) Satan's sons, "You are of your father the devil" 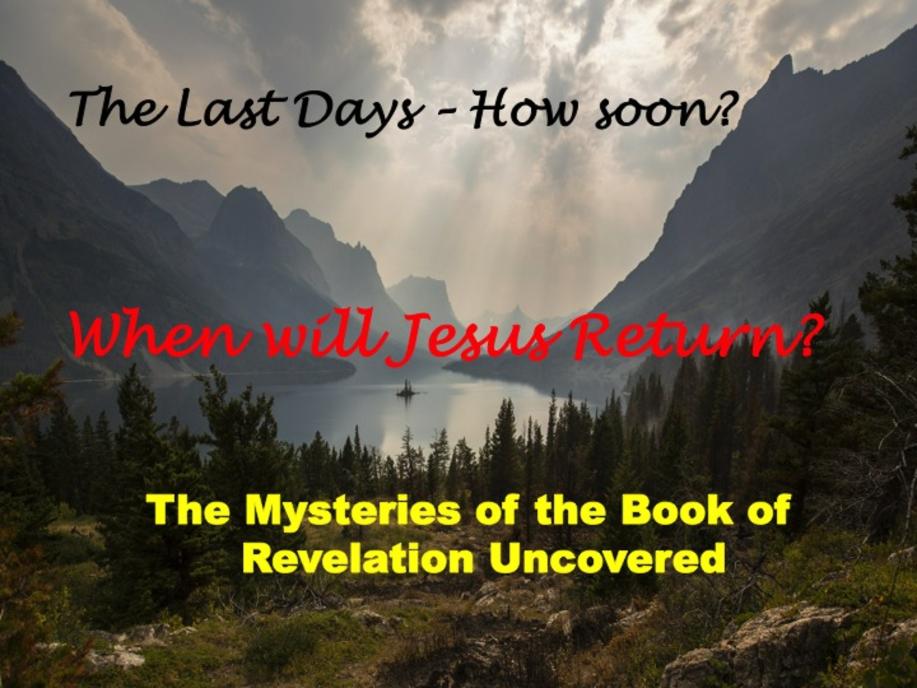 "When you see the abomination

2. He opened the bottomless pit, and smoke went out of the pit, like the smoke of a great furnace, and the sun and the air were darkened by the some of the pit

3. Then out of the smoke come locusts upon the earth, and power was given them, as the scorpions of the earth have power.

4. They were told not to hurt the grass of the earth, nor any green thing, nor any tree, but only the men who do not have the seal of God on their foreheads.

5. And they were not permitted to kill anyone, but to torment for 5 months; and their torment was like the torment of a scorpion when it stings a man.

Matthew 24:29-30 "29. But straightway after the tribulation of those days, the sun will be darkened and the moon will not give her light, and the stars will fall from the heaven, and the powers of the heavens will be shaken.

​​​Revelation 19:11-13​ "11. And I saw heaven opened; and lo a white horse, and He that sat thereon is called Faithful and True; and in righteousness he judges and makes war.

12. And His eyes are a flame of fire, and on his head are many diadems; having a name written which no one knows but he;

13. And He is arrayed in a garment sprinkled with blood:  and His name is called "The Word of God."

​Revelation 19:17-21 "17. And I saw one angel standing in the sun; and he cried with a loud voice, saying to all the birds that fly in mid heaven, Come and gather together unto the great supper of God;

19. And I saw the beast, and the kings of the earth, and their armies, gathered to make war against Him that sat on the horse, and against His army.

​20. And the beast was taken, and with him the false prophet that wrought the signs in his sight, wherewith he deceived those who had received the mark of the beast and those who worshipped his image:  they both were thrown alive into the lake of fire that burns with brimstone:

​21. And the rest were killed with the horseman's sword, which came forth out of His mouth:  and all the birds were filled with their flesh."

Focusing on "The Great Tribulation" 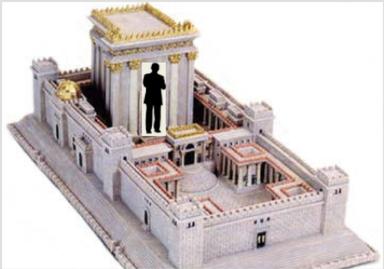 ​​Revelation 13:1-10 "1. And I saw a beast coming up out of the sea having ten horns and seven heads, and on his horns ten diadems, and upon his heads names of blasphemy.

2. And the beast which i saw was like a leopard, and his feet as a bear's and his mouth as a lion's mouth, and the dragon, (Satan), gave him his power, and his throne, and great authority.

​3. And I saw one of his heads as though it had been smitten unto death; and his stroke of death was healed: and the whole earth wondered after the beast.

6. And he opened his mouth for blasphemies against God, to blaspheme His Name, and His Tabernacle, those who tabernacle in the heaven.

7. And it was given him to make war with the saints, and to overcome them; and authority was given him over every tribe and people and tongue and nation.

​8. And all the earth-dwellers will worship him, every one whose name is not written in the Book of Life of the Lamb:  slain from the world's foundation.  If any has an ear, let him hear.

1) The Temple must 1st be built, 2) then the Daily Sacrifice offered regularly, 3) then taken away, 4) then, 1290 days later, the anti-Christ rules for 42 months, and 5) finally Jesus Christ comes! 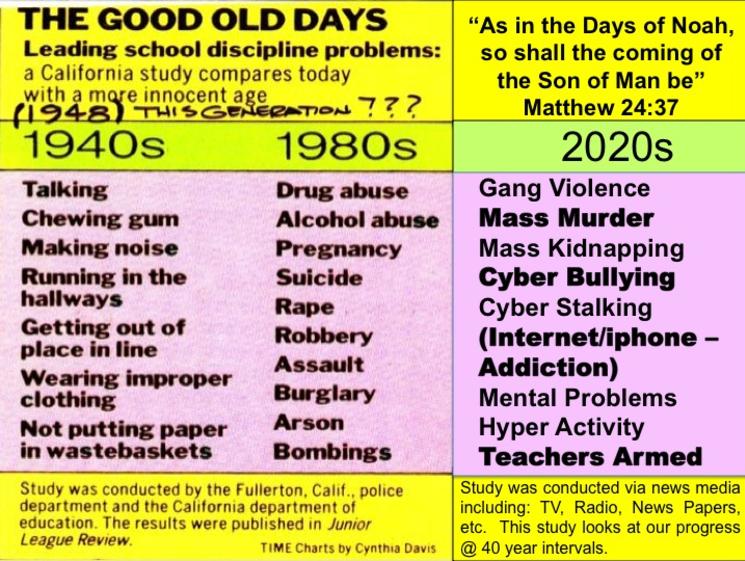 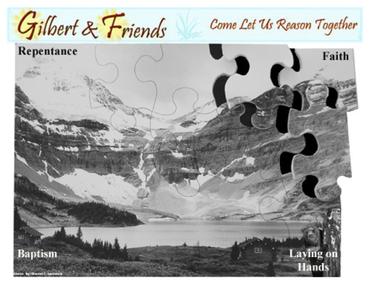 Matthew 24:29-31 above, tells us the order by stating that the Great Tribulation has ended even before the Sign of the Son of Man (Jesus) appears and then next the Resurrection at "The Last Trumpet" - "The Great Trumpet "

Think of  marching around  Jericho 7 days but there's an indication that the 7 Trumpets are speaking in terms of Months???

​​The anti-Christ, a.k.a., The 1st Beast, arises out of the sea, or from mankind!
Let's use logic - the false Christ is from the tribe of Judah, and will be 30 years of age when he begins his "false reign" (anti = in the room of)!

The Abomination that makes desolate standing in the Holy Place is the beginning of the Great Tribulation, (see Matthew 24:15-21 above!

Abomination is the Greek word bdelugma means to Stink!  Stench,

an awful raunchy smell, goes along with filthiness Rev. 17:4

The priests were to wash or bathe before they entered the Temple.  the penalty for not washing was death or separation from God - (think of baptism as in "...Arise and be baptized and wash away your sins, calling on His Name."  Acts 22:16, Acts 2:38 is His legal name) 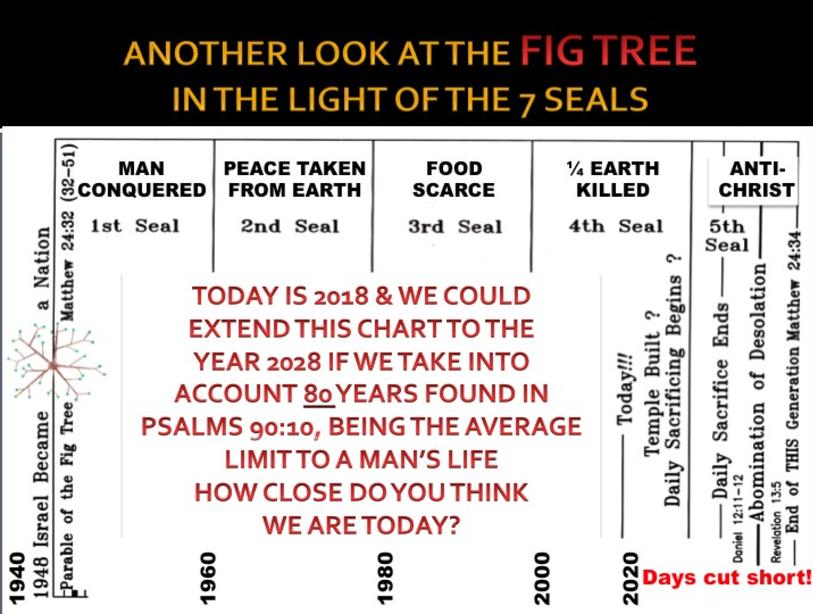 Matthew 24:37 As in the days of Noah, so shall also be the coming of the Son of Man.

Mark 13:24-27 24. "But in those days after the tribulation, the sun shall be darkened, and the moon shall not give her light,

25. And the stars shall be falling from the heaven, and the powers of in the heavens shall be shaken.

26. And then shall they see the Son of Man coming in the clouds with great power and glory.

27 And then shall he send forth the angels and shall gather together His elect from the four winds, from earth's end to heavens end."

Revelation 11-18 "11. And I saw another beast coming out of the earth; and he had two horns like a lamb and he spoke like a dragon.

12. And he exercised all the authority of the first beast in his sight.  And he makes the earth and those who dwell in it to worship the first beast, whose deadly wound was healed.

13. And he does great sign, that he should even make fire come down out of heaven upon the earth in the sight of men.  (Job 1:16 shows Satan also doing this!)

16. And he causes all both small and great and rich and poor, and free and bond, that they should receive a mark on their right hand, or upon their forehead;

17. And that no one be able to buy or sell, except those who have the mark, the name of the beast or the number of his name.

18. Here is wisdom. Let him who has understanding count the number of the beast; for it is the number of a man:  and his number is 666."