"The ​Second Woe is past; and behold,

​​Please feel free to listen to this AUDIO, and as you do, scroll through all the notes and sketches below, as there will be additional information, not always covered on each radio show.​

​​Exodus 12:23-​30​ 23."For Yahweh will pass through to smite the Egyptians; and when He sees the blood on the lintel and on the two doorposts, Yahweh will pass over the door and will not allow the destroyer to come in to your houses to smite you.
24. And you shall observe this event as an ordinance for you and your children forever.
25. When you enter the land which Yahweh will give you, as He has promised, you shall observe this rite.
26. And when your children say to you, "What does this rite mean to you?"
27. you shall say, "It is a Passover sacrifice to Yahweh Who passed over the houses of the sons of Israel in Egypt when He smote the Egyptians, but spared our homes." And the people bowed low and worshiped.
28. Then the sons of Israel went and did so; just as Yahweh had commanded Moses and Aaron, so they did.
29."Now it came about at midnight, that Yahweh struck all the firstborn in the land of Egypt, from the firstborn of Pharaoh who sat on his throne to the firstborn of the captive who was in the dungeon, and all the firstborn of cattle.
30. Pharaoh arose in the night, he and all his servants and all the Egyptians , and there was a great cry in Egypt, for there was not a home where there was not someone dead."

Revelation 10:7 "But in the days of the voice of the 7th angel, when he is about to sound, then the mystery of God will be finished, according to the good tidings He declared to His servants the prophets."

​Revelation 16:12-16​ 12. "And the 6th  angel poured out his bowl upon the river Euphrates; and the water thereof dried up, that the way be made ready for the kings from the sunrising.

14. for they are spirits of demons, performing signs; which go out to the kings of the whole earth to gather them together for the war of the great day of God, the Almighty.

​15. ("Behold I Am coming like a thief.  Blessed is the one who stays awake and keeps his clothes, so that he will not walk about naked and men will not see his shame.")

16. And they gathered them together to the place which in Hebrew is called Har-Magedon, (rendezvous on the mountains = Battle of Armageddon)."

Remedy:  Proverbs 12:28 "In the path of Righteousness is life, and in its pathway there is no death."  Proverbs 12:5 "The thoughts of the Righteous​ are just, the counsels of the wicked are deceitful." 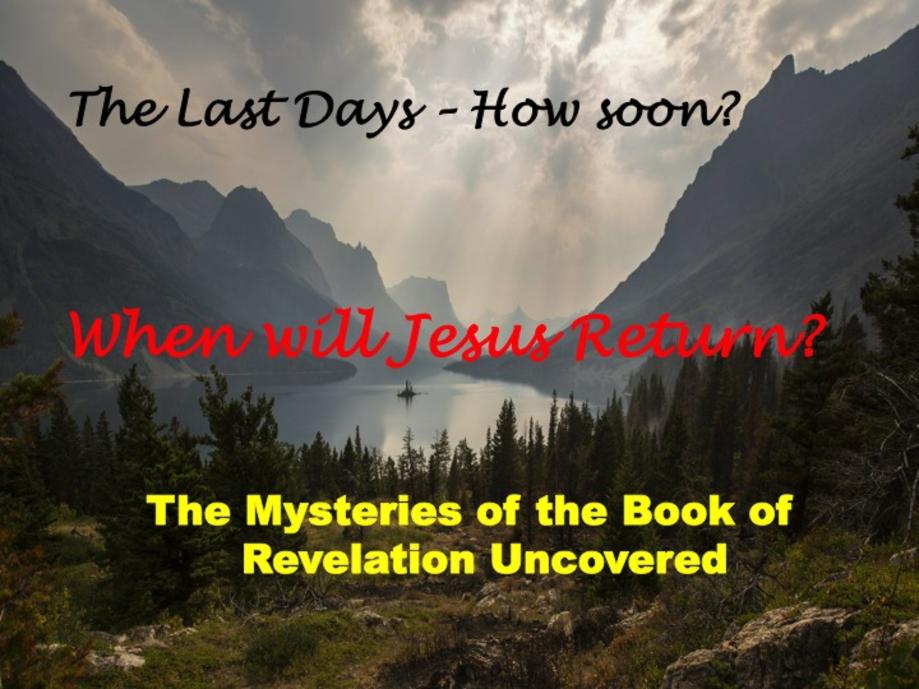 Revelation 15:1 "And I saw another sign in heaven, great and marvelous, seven angels having seven last plagues, for in them, the wrath of God is finished."

1st Vial  - Sore on those who have the mark

2nd Vial - All the Sea turned to Blood, all in it die

6th Vial - Euphrates dried up  to prepare for the

7th Vial - It is done! The greatest Earthquake ever,

Revelation 11:15-19​ 15."And the Seventh Angel Trumped:  and great voices in heaven came, saying, "The kingdom of the world is become our Lord's and His Christ's, and He shall reign unto the ages of ages.

16. And the twenty four elders, who sit before God on their thrones, fell on their faces and worshipped God,

17. saying, "We thank You Lord God the Almighty, Who is and Who was; because You have taken Your great power, and did reign.

18. and the nations were angry, and Your wrath came, and the season of the dead to be judged, and to give their reward to Your bondmen the prophets, and to the saints, and to those that fear Your name, the small and the great; and to destroy those that destroy the earth.

19. And the Sanctuary of God in heaven was opened, and in His Sanctuary, the Ark of His Covenant was seen; and lightnings came, and voices, and thunders, and an earthquake and great hail."

Revelation 15:1 "Then I saw another sign in heaven, great and marvelous, 7 angels who had 7 plagues, which are the last, because in them the wrath of God is complete.

Revelation 15:5-8 5."After these things I looked and the temple of the tabernacle of the testimony in heaven was opened.

6. And the 7 angels who had the seven last plagues came out of the temple, clothed in linen, clean and bright, and girded around their chests with golden sashes

7, Then one of the four living creatures gave to the 7 angels 7 golden bowls full of the wrath of God, Who lives forever and ever.

8. And the temple was filled with smoke from the Glory of God and from His power, and no one was able to enter the temple until the 7 plagues of the 7 angels were finished."

Revelation 16:1​ "Then I heard a loud voice from the temple, saying to the 7 angels, "Go pour out on the earth the 7 bowls of the wrath of God."

Are the 7 Vials poured out when the 7th Trump is Sounding a long Trumpet Blast that grows Louder and Louder?

Side by Side, ​General Comparison of the events:

9. And men were scorched with great heat: and they blasphemed the name of God Who had power over these plagues, and they repented not to give Him glory."

Remedy:  Proverbs 11:28 "Whoever trusts in his riches will fall, but the Righteous will flourish like a green leaf.  Again the answer is Righteousness! 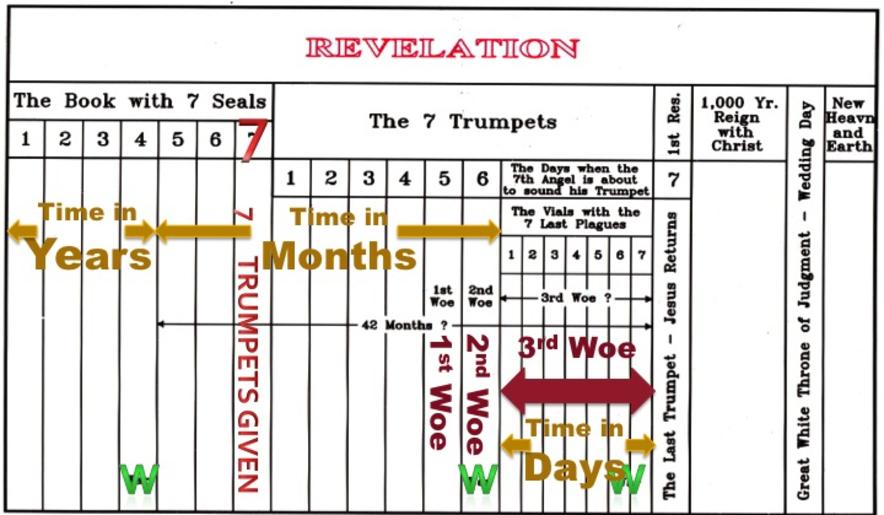 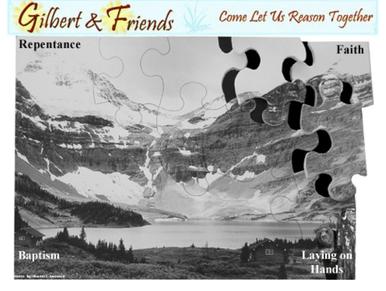 Exodus 19:17-20 17. "And Moses brought forth the people out of the camp to meet with God; and they stood at the foot of the mountain.

18. And Mount Sinai was all in smoke because Yahweh descended upon it in fire; and its smoke ascended like the smoke of a furnace, and the whole mountain quaked violently.

19. When the sound of the Trumpet sounded long and grew louder and louder, Moses spoke with God who answered him by a voice.

​Revelation 16:3 ​"The 2nd angel​ poured out his bowl into the seaand it became blood as of a deadman, and every living soul in the sea died."

Remedy:  ​​Proverbs 12:28 "In the path of righteousness is life, and in it's pathway there is no death."  Righteousness is the answer, being right with God.

Are the 7 Vials, with the Last Plagues, the 3rd Woe?

​Revelation 16:10-11​ 10. "And the 5th  angel poured out his bowl upon the throne of the beast; and his kingdom became darkened; and they gnawed their tongues for pain,

11. and they blasphemed the God of the heaven for their pains and for their sores; and they did not repent of their works."

Remedy:  Proverbs 13:9 "The Light of the Righteous rejoices, but the lamp of the wicked will be put out."

18. And there were flashes of lightning and sounds and peals of thunder; and there will be a great earthquake, such as there had not been since man came on the earth, so great an earthquake was it and so mighty.

19. The great city was split into three parts, and the cities of the nations fell.  Babylon the great was remembered before God, to give her the cup of the wine of His fierce wrath.

20. And every island fled away, and the mountains were not found.

21. And huge hailstones, about one hundred pounds each, came down from heaven upon men; and men blasphemed God because of the plague of the hail, because its plague was extremely severe.

Remedy:  Proverbs 12:3 "No one is established by wickedness, but the Root of the Righteous​ will never be moved."

7th Trump - The Kingdom of this World

​The 7 Bowls of God's Wrath

​Revelation 16:2 "So the 1st  angel departed and poured out his bowl on the earth and it became a loathsome and malignant sore on the people who had the mark of the beast and who worshipped his image."

Remedy:  Deuteronomy 11:18 "You shall lay up these words of Mine in your heart and in your soul, and you shall bind them as a sign on your hand, and they shall be as frontlets between your eyes."  Instead of the mark of the beast, God's words are to govern our thoughts and actions!  also read Exodus 13:3-10 states that the Passover Feast is a sign on our hand and a memorial between our eyes as when the Lord protected His children when the death angel passed over the houses that had the blood on their doors.  Not one of God's kids were harmed.  These should be the only signs on our hands and foreheads!

​Revelation 16:4-7 4. "And the 3rd  angel poured out his bowl into the rivers and the springs of waters, and it became blood.

5. And I heard the angel of the waters saying, "You are righteous are you Who are and Who were,  Holy One, because You judged these things;

6. For they poured out the blood of the saints and prophets, and You have given them blood to drink.  They deserve it.

​7. And I heard the altar saying, "Yes, O Lord God, the Almighty, true and righteous are Your judgments."

Conclusion:  There is no better place to be than Home, "Under the Blood of the Lamb", right with our Creator!

When Are The 7 Vials poured out?  Is it between the 6th and the 7th Trumpet Sounding?

​​In the chart above, Notice that Time is getting shorter and shorter!

Matthew 24:22 "Unless those 'DAYS' had been cut short, no life would have been saved, but for the sake of the elect

those 'DAYS' will be cut short."

1st YEARS, then MONTHS, then DAYS,

2 Samuel 24:13 God gives David a choice of 3 YEARS of famine, or 3 MONTHS of fleeing from his enemies, or 3 DAYS of pestilence, to atone for a sin Israel had committed!

Matt. 24:22  "Except those days had been shortened, no flesh would have been saved:  but for the sake of the elect,, those days will be shortened."

An educated guess tells us:  The 7 SEALS are in terms of  Years, The 7 TRUMPS are Months and the 3rd Woe or the 7 Last VIALS are in the Last Week, the 7 Last Days before the 1,000 Year Reign of Christ!