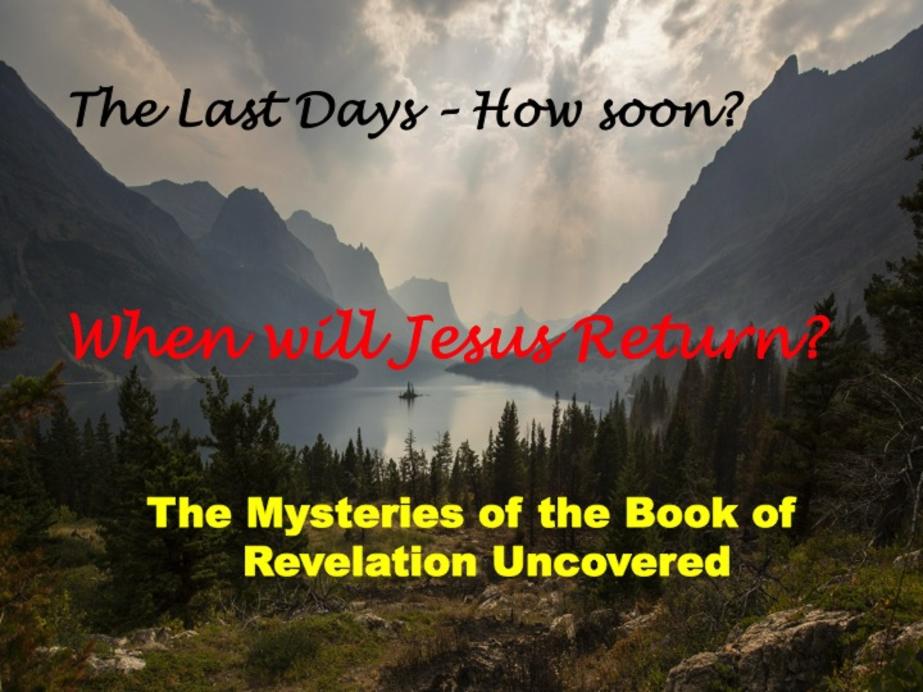 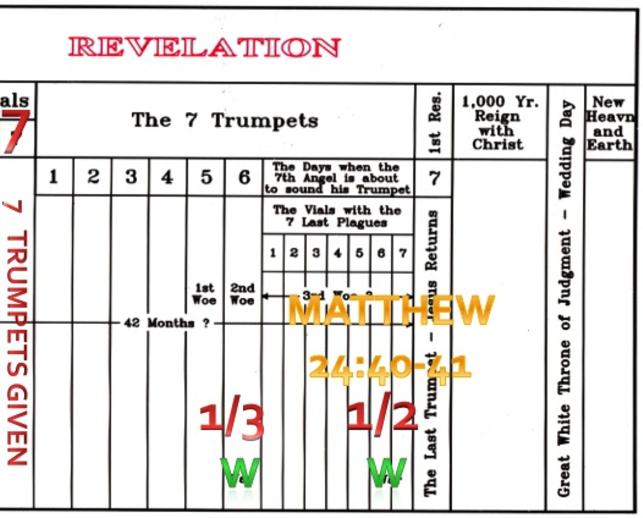 When the 6th Trumpet Sounds 1/3 of the mankind is killed by a 200 million man army.

​Exodus 12:23-​30​ 23. "For Yahweh will pass through to smite the Egyptians; and when He sees the blood on the lintel and on the two doorposts, Yahweh will pass over the door and will not allow the destroyer to come in to your houses to smite you.

24. And you shall observe this event as an ordinance for you and your children forever.

25. When you enter the land which Yahweh will give you, as He has promised, you shall observe this rite.

26. And when your children say to you, "What does this rite mean to you?"

27. you shall say, "It is a Passover sacrifice to Yahweh Who passed over the houses of the sons of Israel in Egypt when He smote the Egyptians, but spared our homes." And the people bowed low and worshiped.

28. Then the sons of Israel went and did so; just as Yahweh had commanded Moses and Aaron, so they did.

30. Pharaoh arose in the night, he and all his servants and all the Egyptians , and there was a great cry in Egypt, forthere was not a home where there was not someone dead.  *(See 1 taken, 1 Forgiven depiction above) 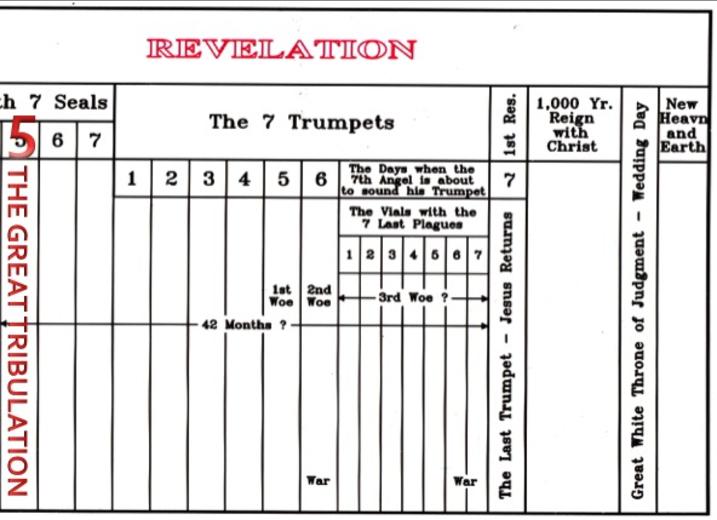 Compare 4th Seal and 6th Trump, where every home will suffer loss vs World War II, in which 1 in 40 died throughout the whole earth.  On average that would be about 1 in every 10 families suffered a loss of life.

Exodus 8:21-23 21."For if you (Pharaoh) do not let My people go, behold, I will send swarms of flies on you and on your servants and on your people and into your houses; and the houses of the Egyptians will be full of swarms of flies and also the ground on which they dwell.

22. But on that day I will set apart the land of Goshen, where My people are living, so that no swarms of flies will be there in order that you may know that I Am Yahweh, in the midst of the land.

23. I will put a division between My people and your people.  Tomorrow this sign will occur."

& How will we be Protected?​

20. Which He opened for us a new and living way through the curtain (that is through His flesh).

21. And since we have a Great Priest over the House of God.

​22. Let us draw near with a sincere heart in full assurance of faith, having our hearts sprinkled from an evil conscience and our bodies washed with pure water.

23. Let us hold fast the confession of our hope without wavering, for He who promised is faithful;

24. and let us consider how to stimulate one another to love and good works.

25. not forsaking our own assembling together, as is the habit of some, but encouraging one another, and all the more as you see the day approaching."

Protection for God's People, we're not talking race nor gender, but being one of God's kids!

Continue to the 3rd Woe
Back to Top

Let's do some Math!

​Thus the statement One Taken away and One Left,

And the 7th Trumpet hasn't yet sounded! 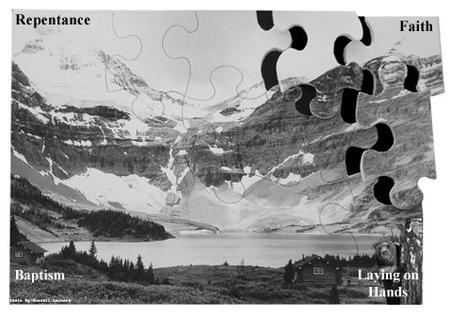 The ​Second Woe is past and behold the Third Woe comes quickly
​(Revelation 9:14)

When the 4th Seal is Opened power is given over 1/4 of the Earth to kill by sword, famine, plague and beasts  World War III 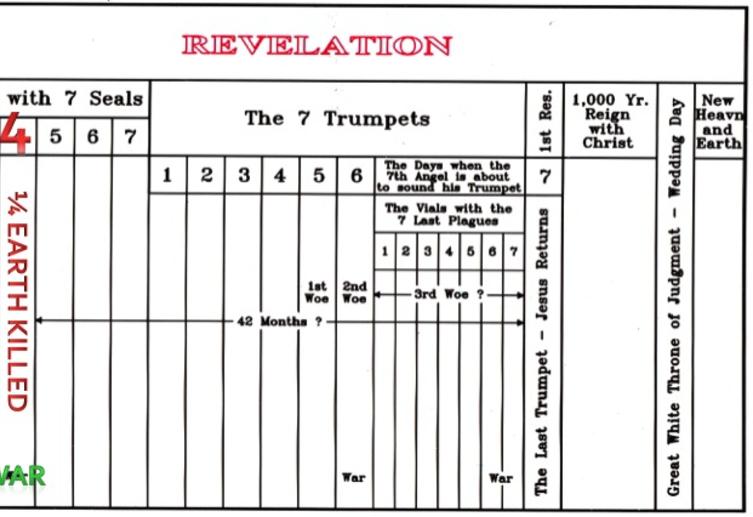 Revelation 9:13-21 13. "And the 6th angel trumped, and I heard one voice from the horns of the golden altar; before God,

14. one saying to the 6th angel that had the trumpet, Loose the four angels:  bound at the great river Euphrates.

15. And the four angels were loosed, those prepared for the hour and day and month and year, that should kill 1/3 of mankind.

16. And the number in the armies of the horsemen was twice ten thousands of ten thousands:  I heard their number.  (200 million man army)

18 By these three plagues was the third of men killed, by fire and smoke and brimstone which proceeded out of their mouth, and in their tails:

19. For the power of the horses is in their mouth and in their tails for their tails are like serpents, having heads; and with them they so hurt.

20. And the rest of mankind, who were not killed with these plagues, did not repent of the work of their hands, that they would not worship demons, and idols of gold, and of silver and brass and stone and wood: which neither hear nor see nor walk. 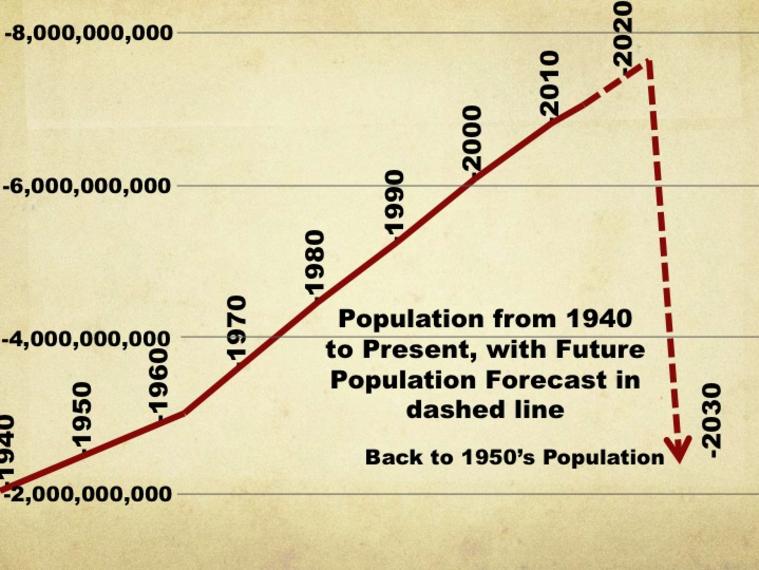 ​As a result of the Devastation from the 4th Seal and the 6th Trump and the short time period in between, the earth's population will be less than 1/2.  *1 Taken - 1 Forgiven, every household will have loss! 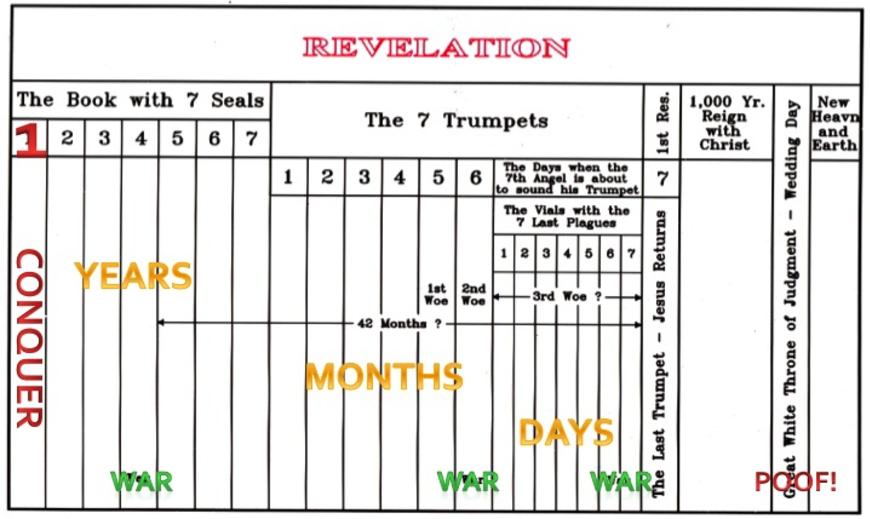 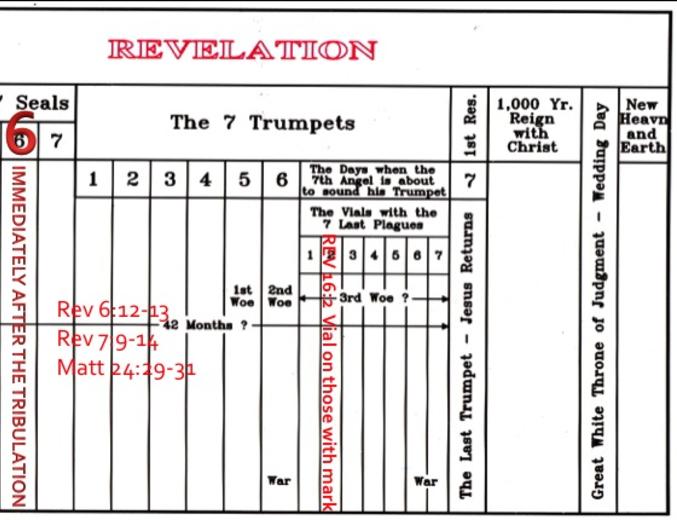 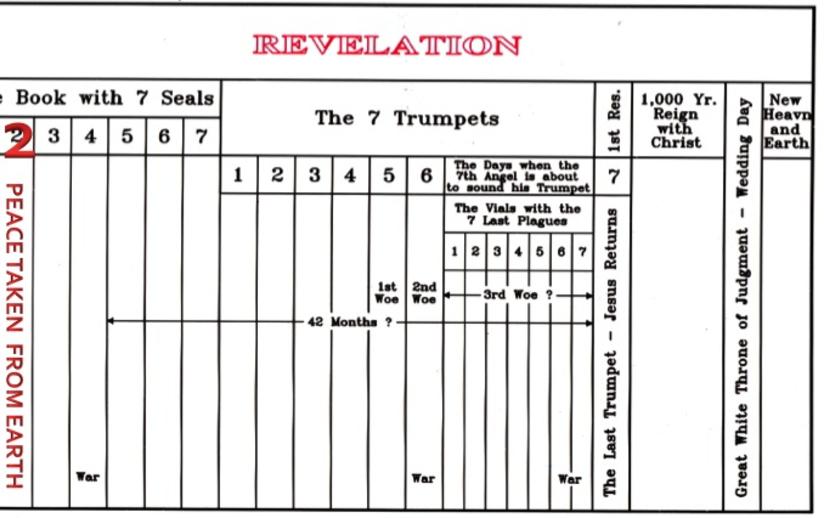 ​​Please feel free to listen to this AUDIO, and as you do, scroll through all the notes and sketches below, as there will be additional information, not always covered on each radio show.​

Where are we Today? 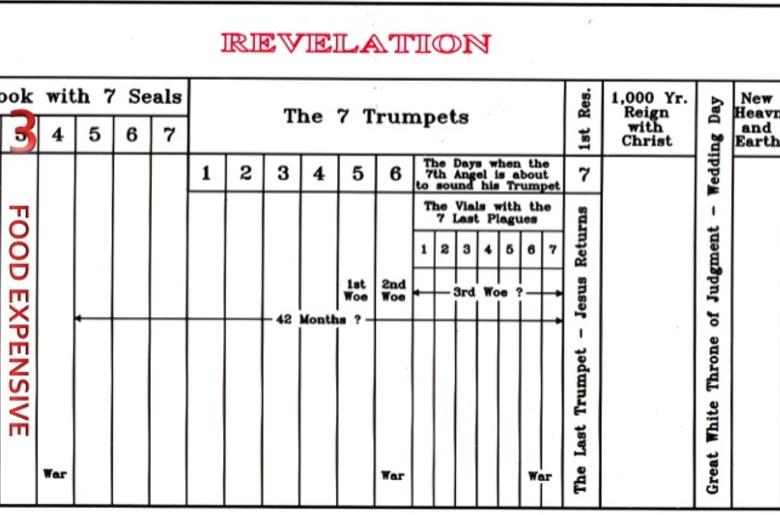 When we started looking into the Last Days as foretold in Revelation, in 1980, the jury of our peers, after deliberating,  put us @ the time of the 1st Seal just being opened. Today, 2018, almost 40 years later, they tell us we are @ the 4th Seal being opened, not yet fulfilled.

Exodus 9:25-26 25. "The hail struck all that was in the field through all the land of Egypt, both man and beast; the hail also struck every plant of the field and shattered every tree of the field.

26. Only in the land of Goshen, where the sons of Israel were, there was no hail."